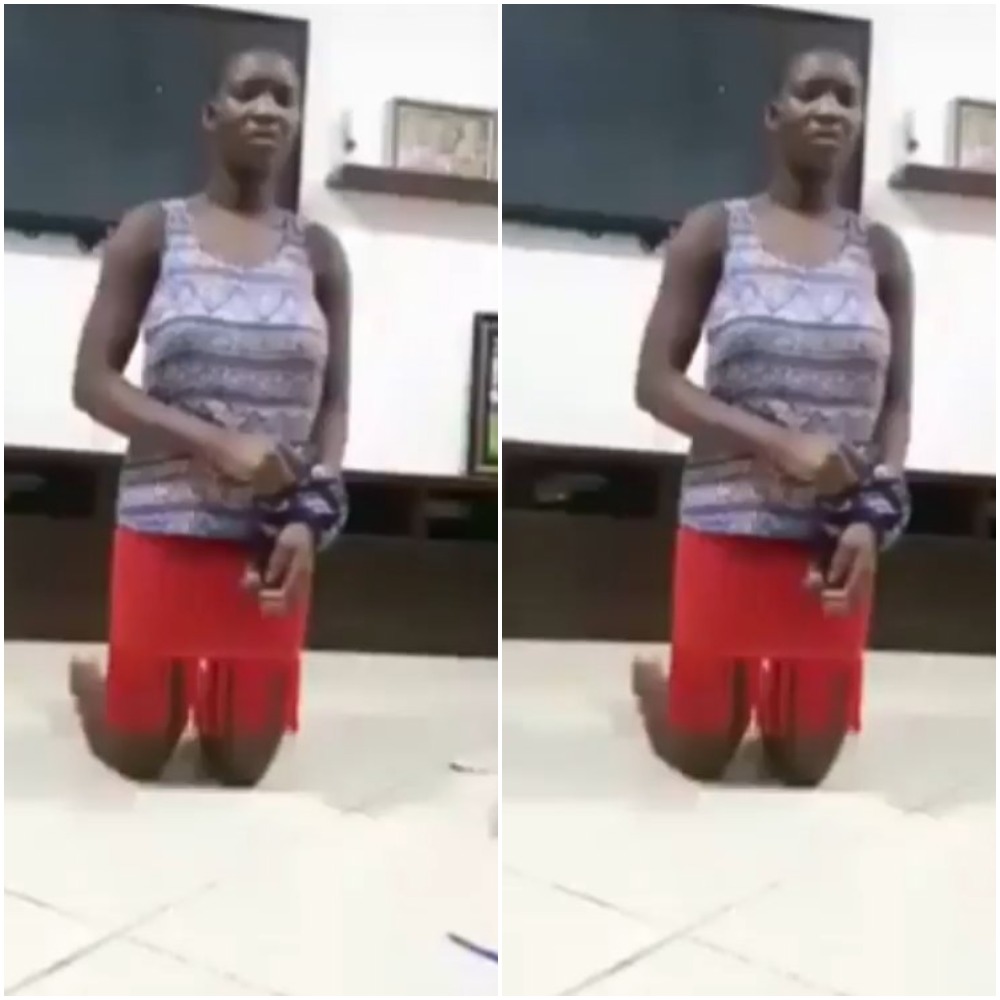 A video of a Nigerian maid, who allegedly attempted to kill her female boss by adding insecticide to her drinking water, has gone viral on the internet.

In the video, the boss was interrogating the maid and she revealed that she stole her boss’ key and opened her room to pour insecticide in her drinking water.

Some Nigerian have reacted to this, while some are in support of what the boss did, others believe that the boss must have done something or must have been wicked to the housemaid for her to think of murdering her.