Local police have detained eight domestic workers in connection with the incident, which is said to have occurred in the swimming pool at the home of the Afrobeats star and his fiancée, chef and influencer Chioma Rowland.

Davido, real name David Adedeji, and his partner were allegedly not at home at the time of the incident.

“We are reviewing the CCTV cameras to get additional information about the circumstances of his death,” Mr Hundeyin said. “His body has been deposited in the morgue. We are in touch with his parents. In fact, they were with us last night.”

Nigerians have since taken to social media to express their condolences for the family. 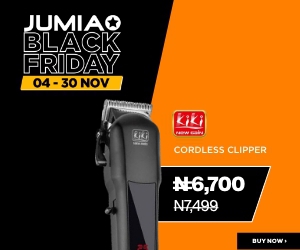 NNews & Events
Nollywood actress, Charity Nnaji, has given thanks to her creator after she escaped death in a terrifying car…
NNews & Events
Hillary Vincent, the project manager of popular gospel singer Sammie Okposo, has denied media reports that the Wellu…
NNews & Events
MKO Abiola And Obasanjo In Secondary School (Photo)! A throwback picture of Moshood Kashimawo Abiola, (MKO Abiola) and…
NNews & Events
Unibadan Student And Her Sister Dies From A Ghastly Accident! A University of Ibadan student, Uche Seun, and…
NNews & Events
See What A Dad Did To His 3-year-old Son For Bed-wetting! A 26-year-old Ghanaian dad identified as Ebenezer…
NNews & Events
The Federal Road Safety Corps (FRSC) has warned Nigerians not to use certain Toyota Lexus vehicles due to…