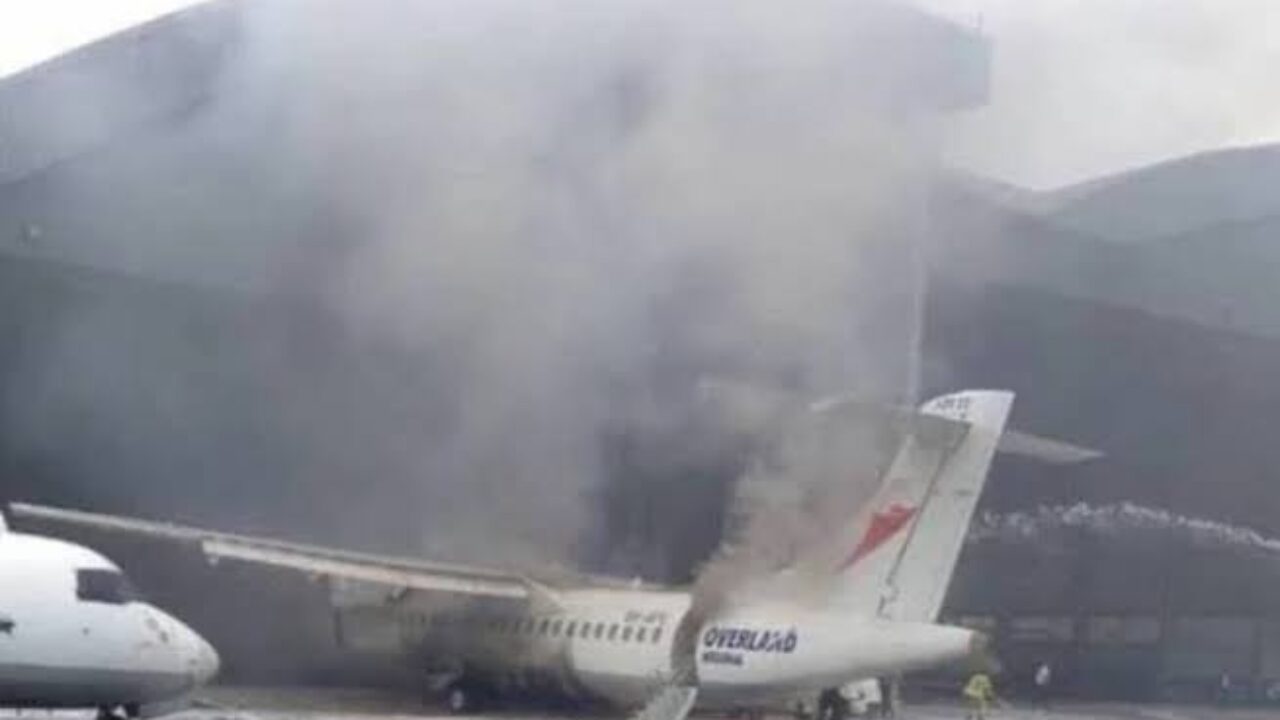 The plane took off from Ilorin International Airport with 33 passengers on board.

The aircraft’s Pilot-in-Command declared a May Day, which in aviation jargon means an emergency situation, and airport authorities activated all emergency procedures as the crew attempted to maneuver the plane.

“Overland Airways wishes to inform the general public that its flight OF1188 from Ilorin to Lagos experienced an unusual high turbine temperature on one of its engines today, Wednesday June 15, 2022 around 7:50pm.

This occurred in the approach phase of flight and the aircraft landed very safely as the Crew skillfuly implemented their standard procedures for such abnormal situations.

All 33 passengers remained calm through the process and safely disembarked row by row in accordance with post COVID-19 procedures after the Aircraft came to a halt on the Murtala Mohammed International Airport Lagos runway 18 Right. No passenger was hurt in any way.

Overland Airways regrets any inconvenience to its passengers and assures the travelling public of its full commitment to safety of its services and passengers.”

Revealed! How Criminals Can Hack Your ATM Details