Cannon named Carey as an ex he would reconcile with during a game on the show called ‘Spin The Block.’
0
Shares
0
0
0
0

Nick Cannon has said that he is open to rekindling things with his ex-wife Mariah Carey after their divorce in 2016 following eight years of marriage.

The 41-year-old praised his ex-wife during an interview on The Hot Tee Talk Show and said that no other love could ever match.

The Wild ‘N Out host also spoke highly of her current boyfriend, long-time partner Bryan Tanaka, and just how ‘amazing’ Tanaka was with the children Cannon shares with Mariah, 11-year-old twins Moroccan and Monroe. 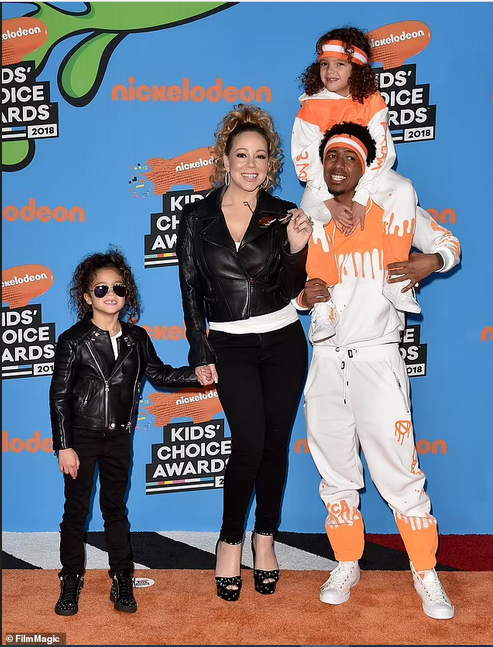 ‘I truly respect her, the relationship that she’s been in for quite some time, and you know dude is amazing with my kids, and we got family gatherings… I truly respect her, but c’mon, that’s my fantasy love. That’s somebody I will always love,’ he explained.

I guess because I’m a true romantic, I’m a true believer in love, and I allow the capsules of love to be where they lie. And I’m not a timeline dude, I believe time is man made, we make it linear when I believe it’s more reciprocal.

Nick said he would hesitate getting back with Mariah on the chance they would mess up their ‘fairy tale’ connection.

‘It was literally like a fairy tale with Mariah so I’d rather it be that way and I appreciate that fantasy because if I tried to go back and it wasn’t the same, like damn, I messed it up.

‘But, if I had the opportunity to, if it could be the way that it was, I’m there! Always be my baby!’ Nick said. ‘Don’t forget about us! We belong together!’ he added, referencing her hit tracks.

Nick and Mariah tied the knot in 2008 before officially splitting in 2016.

In December 2021, the rapper’s five-month-old son, Zen, who he shared with Alyssa Scott, passed away from a malignant brain tumor.