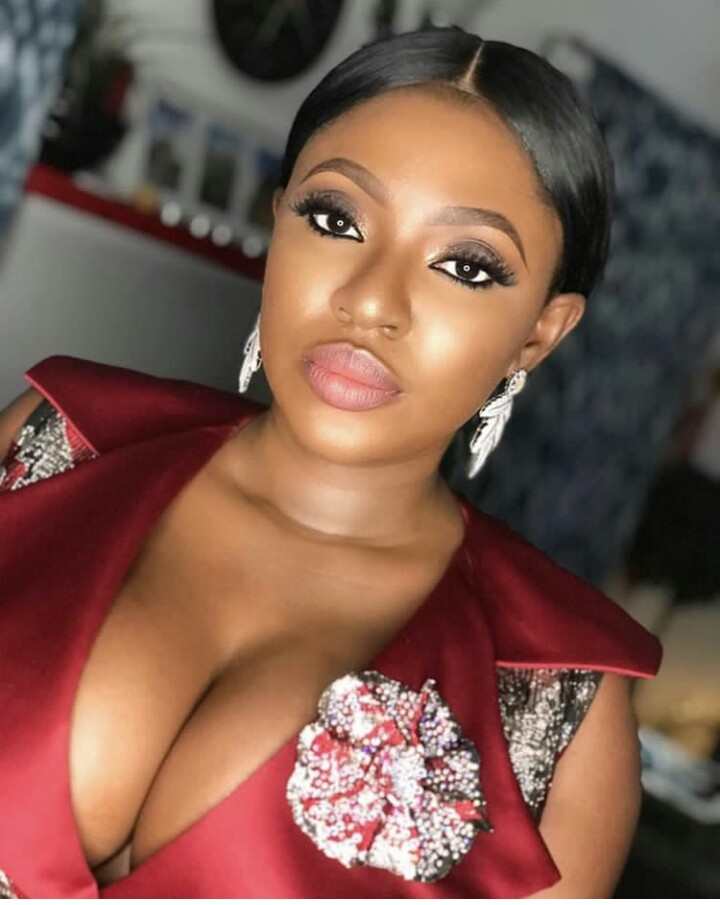 The actress who recently put to bed, a bouncing baby boy, was highly criticized for wearing a cleavage baring dress to the grand exclusive premiere of Oma Nnadi’s movie, Being Annabel, held at Imax Cinemas, Lekki Phase One, Lagos, last night, Sunday, March 3, 2019.

No Happiness Is Without Sorrow! Bolanle Ninalowo Pens Emotional Message As He Shares Throwback Photos With Wife

Stella Damasus: You Don’t Have To Be Nude To Be Sexy