Popular actress turned politician, Funke Akindele, has retired after a 20-year acting career. The actress, who is optimistic about her chances of becoming the next Deputy Governor of Lagos State, made the announcement at the premiere of her latest project, “Battle of Buka Streets,” which took place last Sunday at the Filmhouse, Landmark Event Centre, Victoria Island, Lagos.

Funke Akindele told Potpourri and other journalists that she believes people are tired of seeing her face and should be prepared for new faces.

“This is the reason I sponsored and championed this project “Battle on Buka Street”. It would be my parting gift to my fans and the movie industry in general. I’m taking to politics full time as I strongly believe I’m the incoming Deputy governor of Lagos State,” she said.

She described the events leading up to the film’s production and how they affected her emotional wellbeing while talking about the movie.

“Do you know why I’m excited about the Battle on Buka Street? There is one guy called Jack who owns the original story. I was so excited, well, Nollywood should get ready for new faces. Working with young people has really touched my life. Anytime I hear they have something good to work on I quickly jump on it. Battle on Buka Street is about the family, the ups and downs, the intrigues and many more. It is aimed at celebrating our culture. The firm also celebrates oneness, unity in the family, the state and in the country. The cultural implication of the film is to celebrate our diversity, making sure there’s nothing like segregation, discrimination and tribalism.

“I filmed Battle on Buka Street when I was emotionally down before politics. Rather than sitting down and brooding I had to brace up because a lot of people are looking up to me in the entertainment industry. So, I pushed and put all the pain into the project. The project gave me the healing I needed at that time, that’s why I’m excited about it. 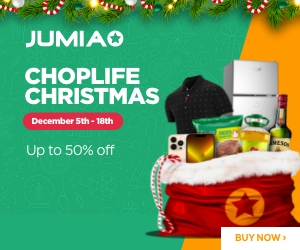 EEntertainment
Popular singer, Timi Dakolo, his wife, and their children are on a Dubai vacation and he has taken…
EEntertainment
Don Jazzy Replies Lady That Claims To Be Pregnant With His Child! A lady identified as Lahadee, took…
EEntertainment
The Headies announced on social media that Portable was removed from the list of nominees in order to send a clear message that reckless and impolite words are not acceptable.
EEntertainment
Nigerian Celebrities That Gave Birth To Twins Almost everybody loves twins; they are bundle of joy many people…
EEntertainment
BBNaija Tega Makes Shocking Revelations About Her Husband. Big Brother Naija season six housemate, Tega, has disclosed how…
EEntertainment
Regina Daniels Celebrates Somadina Adinma’s Birthday! Today is Somadina Adinma‘s birthday and Regina Daniels has taken to her…