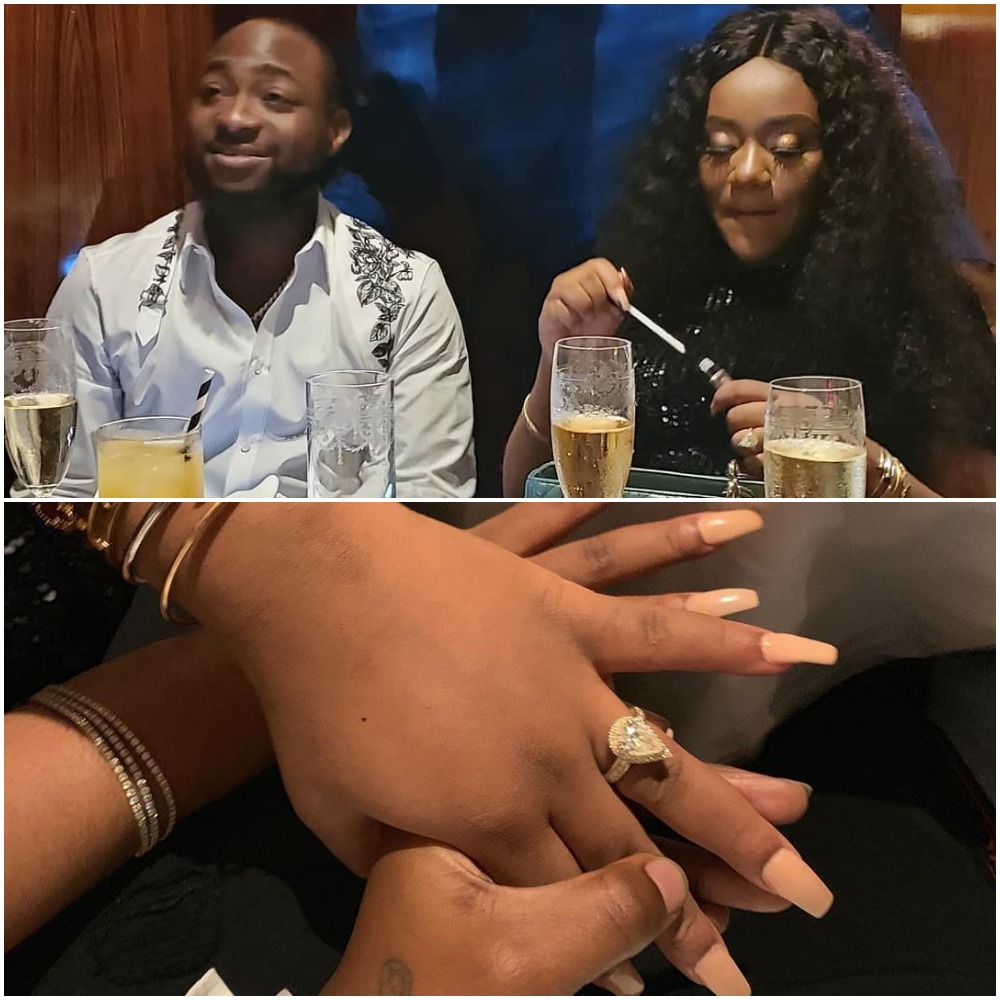 Davido And Chioma Are Officially Engaged!

Popular singer, Davido and his heartthrob Chioma are officially engaged! The proposal was last-night and a lot of people have already taken to their social media page to congratulate them.

Chioma on the other-hand posted a picture with the engagement ring and wrote:

I love you @davidoofficial (You didn’t even let me wax yet.

Congratulating them online, Eniola Badmus shared the video below: