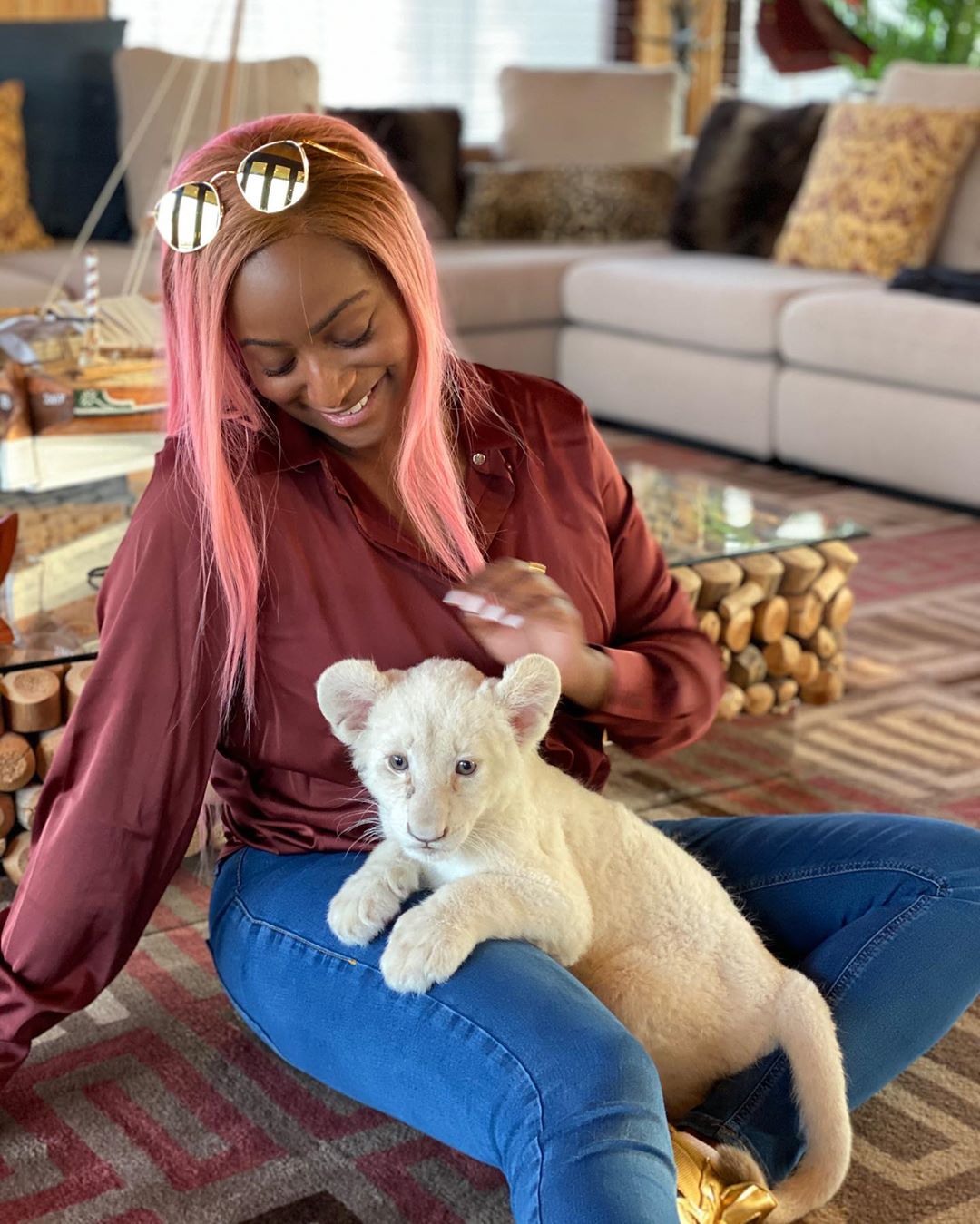 Femi Otedola’s daughter, DJ Cuppy took to Instagram to share photos of herself as she takes care of a baby Lion. She also took to the platform to share video as she feeds the lion.

The video was captioned:

Introducing the world to “Cuppy” the newest baby lion named after ME by @Sb_Belhasa owner of @Fame.Park 🤱🏽🍼💕🦁 I’ve always wanted to be a mother!