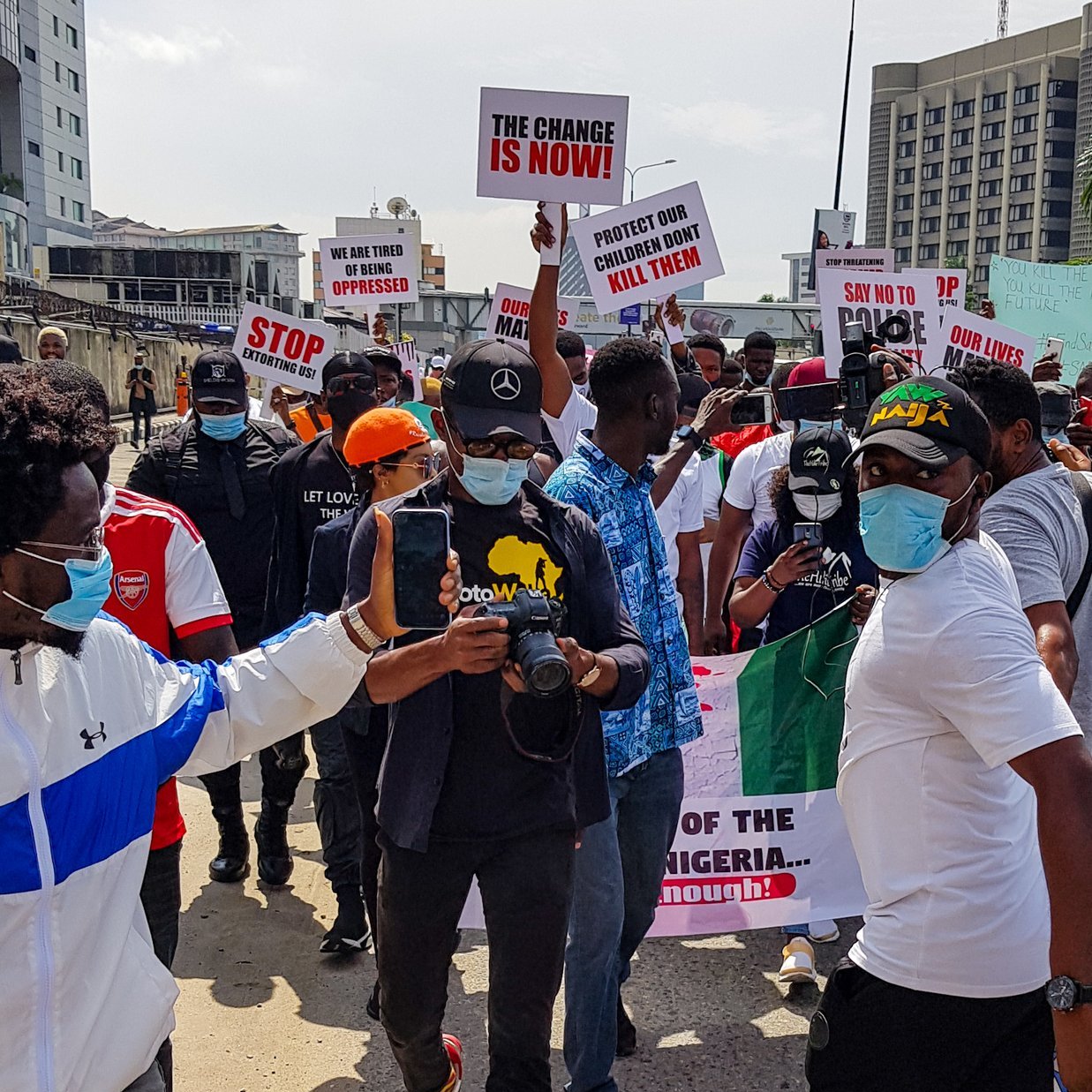 End SARS Protest! Here are the 5 demands from Nigerian Youths. Nigerian youths have continued end SARS protest shutting down major roads in Lagos including Lekki Toll Gate, Allen, UNILAG, Surulere and Airport Road. This is coming less than 24 hours after the Inspector General of Police, IGP Muhammed Adamu, announced in a live broadcast that they’ve dissolved the Special Anti-Robbery Squad(SARS).

According to Nigerians, this isn’t the first time the IGP will announce the disbanding of the special anti-robbery squad. As a result of that, they are not taking his word for it and have decided to continue the #SARsMustEndProtest.

“If the President of the Federal Republic of Nigeria feels we are too small for him to address, then the IGP is too small for us to believe that SARS has been dissolved!”- Frank Edoho The youths took to streets in their vicinity to protest #SARsMustGo demanding for five things.

As early as 6am on Monday morning, Peaceful protesters have been spotted at Lekki Toll Gate.

Here are the five things the youth are demanding for: