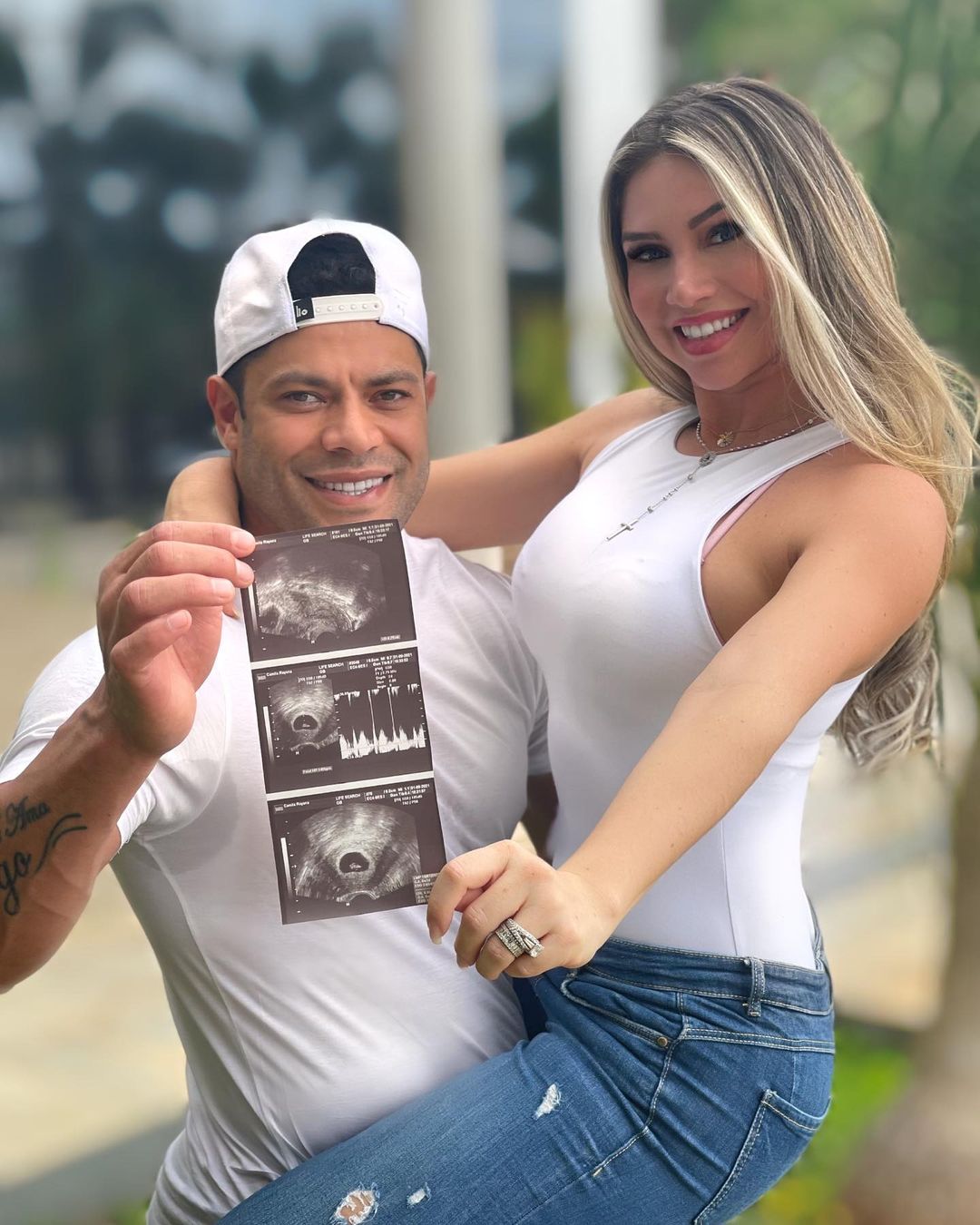 Hulk And Camila Sousa, His Niece, Are Expecting A Child.

Hulk, a Brazilian player, has announced that he and his niece Camila Sousa, whom he began dating after splitting from his ex-wife in 2019, are expecting a child. In an Instagram post that included footage of them kissing and photographs of them holding up ultrasound scan photos of the unborn baby, the soccer star disclosed Camila Sousa was expecting.

In December of that year, reports of his connection with lovely blonde Camila, 32, arose.

The couple married in September 2020 while Hulk was still playing for Chinese side Shangai SIPG following his breakup from the mother of his two sons and daughter.

The gender of the child Camila is expecting is yet to be revealed.

Along with an emotional Instagram photo showing him pulling his partner off the ground and holding their unborn baby’s ultrasound photos, Hulk wrote:

“Today with a heart full of gratitude to God, I come to share with you that for the fourth time I am being blessed with another child.

“My heart overflows with so much happiness and I can only say thank you God.

“We are already looking forward to receiving you child, and we love you unconditionally.

“Come full of health my baby.”

He also shared a home-made video of him dancing with his wife while she held the hospital photos and he lifted her in his arms and kissed her.

In December 2019, the footballer, who is known for his physique strength, reportedly told his family, including his three school-aged children with Iran Angelo, Ian, Thiago, and Alice, about his relationship with Camila.

In a statement at the time, a spokeswoman for the striker said:

“Hulk called the parents and the brother of Camila and told them the truth.

“It was Hulk himself who made the information public because he had nothing to hide. His position is transparency and he wants to avoid lies and malicious comments.”

Protection Or What? Mother Pours Hot Water On Her Daughter’s Boyfriend