The United Arab Emirates (UAE) has imposed a visa ban on Nigerians seeking to visit Dubai. The ban was communicated to the country’s trade partners in Nigeria, including travel agents, in a notice. This comes just weeks after the country tightened the visa process for prospective visitors.

In the most recent decision, which affects virtually all black African countries, the UAE authorities stated in a notice that “all Dubai applications submitted are now rejected,” adding that the rejections will be sent in batches.

Although no reason was given for the ban, Dubai officials stated that all applications would be on hold until issues between the UAE government and the Nigerian government were resolved.

The UAE immigration authorities’ most recent decision applies to all Nigerians seeking to travel to the UAE. The UAE government stated that applicants would receive rejection notices in batches.

“All Dubai applications submitted are now rejected. It is general for Nigerians and approvals are on hold at the moment.

“Kindly advise your clients to resubmit applications when the issue is resolved between both governments”.

The development comes more than a month after the UAE stopped providing tourist visas to those under the age of 40, which affected citizens of Nigeria as well as other nations.

A Wakanow source who confirmed the ban said, “it is true; it was issued yesterday. The Dubai immigration authorities did not state when the ban would be lifted but for now, everything is on hold.” 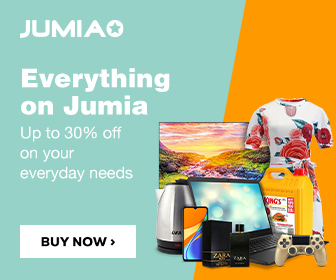 NNews & Events
Nigeria Relaxes Restriction On Churches And Mosques! Federal government has relaxed restriction placed on religious gatherings in Nigeria.…
NNews & Events
A plane was forced to turn around after a mother forgot her baby at the airport. According to…
NNews & Events
There is an ongoing protest in Sagamu, Ogun State, over the killing of footballer, Tiamiyu Kazeem, by operatives…
NNews & Events
Lady Crushed To Death In Maryland! A banker identified as Ogochukwu Muoneke, was crushed to death by a…
NNews & Events
Nigerian Real Estate Developer Reveals A Lady Who Refused To Date Him Because “He Can’t Handle Her Bills”…
NNews & Events
After 30 years in power, Sudan’s president, Omar Bashir, has been forced to step down. Bashir, who came…